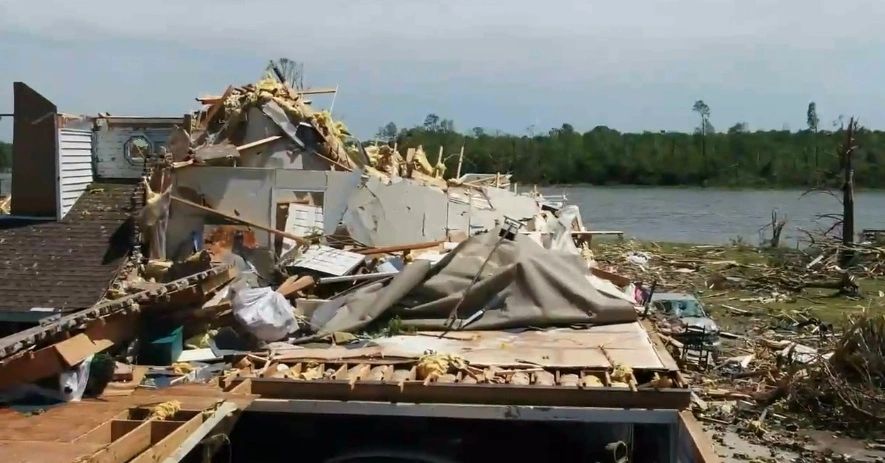 Wind, hail, lightning, and storm damage are the number one source of claims filed in the United States and account for 38% of all claims filed by residential and commercial property owners. Storm damage is common during the year and the associated costs related to damages are in the billions. In 2018, the National and Oceanic Atmospheric Administration reported that natural disasters totaled $91 billion dollars.

We have adjusted storm damage claims for over 23 years. We are experienced with handling claims caused by major hurricanes Charley, Katrina, Irma, and Ivan. We have also handled major tornado damages seen in Joplin, Dallas, Fort Worth, Houston, and Dayton. But not all storm damage comes from major hurricanes and tornadoes. Straight-line winds, micro-bursts, and strong thunderstorms can produce sizable property damage. Most people don’t know how to file a claim for lightning damage or the details of roofing insurance claims for storm damage.

For instance, we handled a claim for a homeowner with missing shingles caused by a typical windstorm. The wind lifted portions of the roof and took off approximately 35 shingles. A claim was filed with the insurance company. The company adjuster made a site visit and prepared an estimate to repair only half of the homeowner’s main roof, omitting the garage roof. The estimate was for $3,200 and the insurance applied 50% depreciation to this amount to determine actual cash value – not replacement value. After applying the deductible, the insurance company sent her a check for $600.

We stepped in to dispute the insurance claim and insisted that the carrier send out its adjuster again to discuss the deficient scope of damages. After two weeks of negotiating and three company adjusters later, we successfully settled the claim at replacement cost with additional compensation for damage to the garage roof. In addition, we added an ice guard for the roof, which was missed on the original estimate. This all resulted in the homeowner receiving $4,000 on her claim, after applying the deductible.

Hire an experienced public adjuster to represent you with your storm damage insurance claim.

Contact us immediately after your loss. Your interests are best protected by hiring YOUR OWN EXPERTS! Contact the right public adjuster for your storm damage claim. We will evaluate your claim for free and do everything we can to maximize your payout. Let us handle your claim from start to finish.

Reach out to us today for help on your storm damage insurance claim.

Fill out my online form.

Leave us a Review

Fire and lightning claims are the second most filed claims in the United States.

Water damage and frozen pipe claims are the third most filed claims in the United States.

According to statistics, these types of claims account for about 1% of all yearly residential and commercial claims filed in the United States.

When you have a covered loss, your business may recover Business Income, Extra Expenses and/or Loss of Rents

If you are experiencing loss due to storm, hail, or wind damage, please contact us today!

Contact Us About Storm, Hail, Wind Damage
Page load link
This site uses cookies. By continuing to browse the site, you are agreeing to our use of cookies. Ok
Go to Top